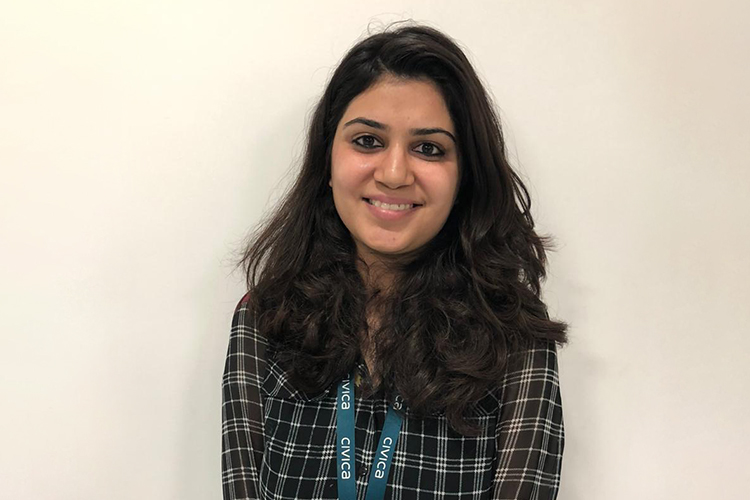 National Science Day in India is celebrated on the 28th February to commemorate the discovery of the 'Raman Effect', which led the Indian scientist Sir Chandrasekhara Venkata Raman to win the Nobel Prize in Physics in 1930. With the theme this year being ‘Women in Science’, we asked our Junior Software Engineer, Disha Vaswani about her experience working in the field of science...

This generation has immensely progressed in encouraging women to get involved not only in technology, but in all fields of STEM. Ever since I was a little girl, I was always way more interested in Science rather than English or History; mostly because I wasn’t very good at those…

When I think of inspiring women who are making a difference in the tech world, a few women come to my mind. Some are Margaret Heafield Hamilton, an American computer scientist, systems engineer and business owner; Marissa Mayer, CEO of Yahoo, and software developer Lyndsey Scott. These women are maestros in their field and their aspiring and passionate stories led me to want to be like them.

I've worked hard, researched and pursued courses on programming and business management. The majority of my job involves daily stand-up meetings in the morning, dev analysis, development and testing. Although it isn’t always easy, I like the challenge my work gives me.

Working at Civica is really cool and inspiring. I was really nervous at first but the support of my colleagues has helped me tremendously. Computer science and coding are attractive because they're very much part of the future. Understanding and implementing different languages requires logic and I always knew I wanted a career where I could apply logic.

When I started exploring computer courses and began working on them, I instantly knew I wanted to pursue computer development as a career. I can't thank Civica enough for this opportunity, in helping my career become one of my proudest accomplishments!

My advice for the next generation of women at Civica would be, work hard and your accomplishments will be examples in themselves. Civica’s a great place to learn and hard work will take you a long way.