You don’t just come out once…

In the company chat for our LGBTQIA+ Affinity Group there was mention of ‘coming out’ stories. 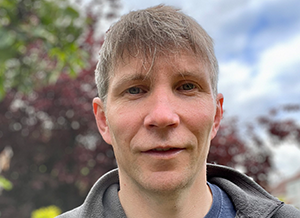 Most queer people have at least one (and I will revisit the word ‘queer’ shortly). Quite often, we have many.

My most recent was with my 10-year-old (adopted) son who I’ve spoken about before. “Pauly,” he asked, “Are you and Andy gay?”

I admit to being caught slightly off guard. I had expected a request for a snack or (more likely) cold, hard cash to fund the latest game pass he needed.

“Yes,” I answered. He nodded sagely as he does when a piece of knowledge he suspected has been confirmed. As per usual, he showed no interest in asking or answering follow up questions. I had a great deal of interest in follow up questions, starting with: “Why do you ask?”, followed by “Are you being bullied at school about it?” and advancing to “Who do I need to talk to get this sorted out?”

Later that evening, Andy and I came up with a handful of reasons for why he’d asked, but we did agree he was unlikely to be bullied at school about it. We were more surprised that he asked. Clearly, he knows that Andy and I sleep in the same bed, hug and kiss each other (though not in public) and we’re both his Daddies… I suspect that he wanted to clarify a piece of terminology rather than understand a new revelation about the world.

As a queer person it is always, always something that hangs around in the background: am I out to these people? Should I be? Do I want to be? What will it mean if I am?

My friends Cem and Alex (the wonderful chairs of the Affinity group) have already touched on how our queer identities can create inequalities in our lives, not least in the quality of feeling safe. We’re not the only group that feel that inequality (and as a white male I already have quite a bit of privilege supporting me), but we are the group that we can represent.

The recently founded Affinity group (driven by the efforts of Andrea Rowe, our excellent Diversity and Inclusion lead) has already made me feel safer and more comfortable in my identity within the company. It’s also made me aware of how little I know about the other identities and how my actions might be unwittingly causing them to feel unwanted or unsafe.

Let’s face it, there’s no way that I would be using the word ‘queer’ without having been exposed to this support group and the diverse experiences and opinions that our members hold. I do think the comfort with which we use this word is a generational thing. When I grew up, queer was unequivocally an insult, a threat… ‘queer-bashing’ was (and still is) a thing.

So like a lot of aspects of our identities I put that word into the closet and decided that being ‘queer’ isn’t for me, even if I am gay.

But now that I feel more safe, more comfortable and have seen how being queer can be empowering, I’ve decided to embrace it. And in doing so, embrace myself as being myself that bit more. I have grown as a person because my workplace, Civica, has taken steps to encourage that amongst this marginalised group.

And that’s something I definitely take pride in.